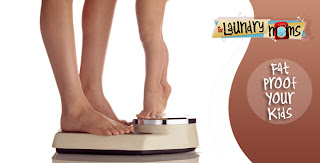 One day I was sitting in my pediatrician’s office waiting for our name to be called and the scene in front of me was impossible to ignore.  Across from me sat an extremely obese woman and her almost equally obese toddler.

The toddler fussed, cried and wriggled in discomfort, all while the mom kept unwrapping little chocolates and poking them into the child’s mouth in an attempt to pacify the ill one.

The child was too young to communicate clearly what she needed, but it was obvious she did NOT want the chocolate. The irritated mom, however, continued her unsuccessful attempts to passify the child with sugar, which only made the scene worse..