“Then God said, ‘Let us make man in our image, after our likeness. And let them have dominion over the fish of the sea and over the birds of the heavens and over the livestock and over all the earth and over every creeping thing that creeps on the earth.’”
Genesis 1:26

Louie loved to swim. In fact, he would just die if he did anything else, literally. Louie was a fish, and he lived in a bowl on my kitchen counter. When Louie was given to my daughter for her birthday, he shared half of his bowl with a friend. Thinking it was rude to separate the comrades by the clear divider, we removed it. The next morning Louie’s friend floated at the top of the tank … dead. In that moment we understood the purpose of the divider. Louie was a territorial betta. After ignoring him for some time because of his murderous act, we forgave the finger-sized beast.

Each morning I would greet him with happy greetings, and he would flap his fins in response to my voice. The closer I leaned toward his bowl and the more cheerful my voice sounded, the bigger he flapped and the deeper he dove.

Our cats also enjoyed Louie. They would sit on the counter and watch him swim and then stand over his bowl and take long drinks. Louie learned to trust one of our cats during his lapping. Our other feline, however, would dip her paw into the glass fishpond, bring it back to her mouth, and lick the fishy water off of it. Louie would panic every time, trying to hide under the rocks at the bottom of the bowl, or he would float frozen in place until the furry creature left.

Not only was Louie a scaly friend, he also became a landmark in our kitchen. Conversations sounded like this:

“Mom, where is the metal spatula?”

“It is in the drawer under the fish.”

“I can’t find the sunscreen, Mom.”

“Look in the cabinet directly over the fish.”

Beside the fish, under the fish, across from the fish—Louie’s residence was the starting point for finding household items, not to mention it was a great way to teach prepositions. Now that Louie has passed, no one can find anything in the kitchen, and our cats stay dehydrated. We miss our fishy friend.

Challenge: Does your family take pleasure in small things? Take time today to observe the smallest miracle in your home because no miracle is really a small thing. Enjoy God’s creatures.
Posted by Terri on 7/13/2010 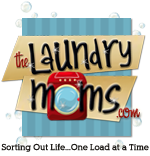