"Just to See You Chortle" 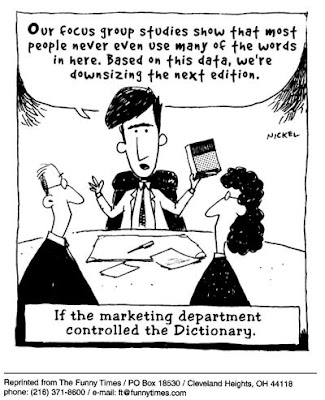 This week I want to entertain y'all with some very, uh, interesting stories I have written! :-) At Headquarters, the staff is given 5 words to learn each day. We are then expected to write a short story using our words. Once a week we have a fun vocab test, or maybe 10 minutes to speed-write using the vocabulary words given to us. It is a blast and the stories are usually pretty goofy. The best stories get acted out at lunch time for everyone :D Someday I will have to record one for you to see! But, for now, here are a couple of my goofy daily short stories:

Once upon a time, in a capacious work building somewhere in a campestral place in America, there was a certain cantankerous man who was captious, extremely capricious, and full of much careerism. He was awfully cavalier and filled with celerity to censure his co-workers and spread much canard about them, rather than just being candid with each one. When his boss attempted to castigate him for his behavior he remained catatonic and refused to capitulate to the demands for him to stop. One day, however, he attended a Basic Seminar and it changed his life. He became so drastically changed that his co-workers had cataplexy because of the difference. The end.
~~~~~~~~~~
Today at work I realized while speaking to my clientele how many cliches we Americans use on a regular basis. I started trying – in a clandestine fashion – to start using different “hello’s”, “goodbye’s”, and answers to “how are you?”, however, the result of this attempt was a clamorous phone conversation that pretty much ruined my week. So, as I was wrapping up the climactic part of my day I castigated myself by resolving to never again stray from my routine American cliches.
~~~~~
Hehe.
Until next Monday... Buhbye! Madeleine :)
Posted by Terri on 1/31/2011